EDUCATION: Dropped out of school at the age of 12.

DESCRIPTION OF ACCOMPLISHMENTS: Overcoming the limitations imposed by the color of her skin, she became one of the world's most versatile entertainers, performing on stage, screeen and recordings. Josephine was decorated for her undercover work for the French Resistance during World War II. She was a civil rights activist. She refused to perform for segregated audiences and integrated the Las Vegas nightclubs. She adopted twelve children from around the world whom she called her "Rainbow Tribe."

DATE OF DEATH: Josephine died in 1975, in her sleep, after a large party given in her honor.

PLACE OF DEATH: She died in Paris and was buried in Monaco. She became the first American woman to receive French military honors at her funeral. 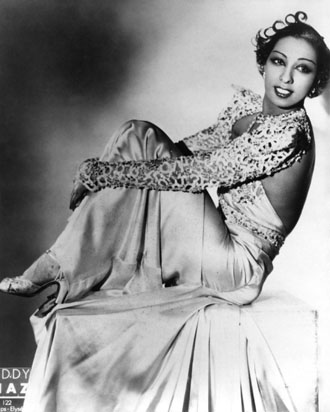