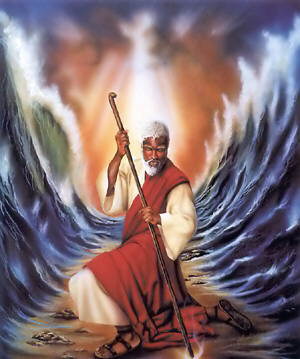 The Reality of Revelry

“Music is an outburst of the soul.”

While this expression came from 19th-century English composer Frederick Delius, it could easily describe King David’s attitude toward worship.

The people around David probably grew accustomed to his musical outbursts. After all, it was King David—much to the chagrin of Saul’s daughter—who “[danced] before the LORD with all his might” (2 Samuel 6:14). Moreover, David wrote many of the psalms. We can imagine the shepherd-king in his bedchamber at night strumming his harp and composing another song to the Lord. Yet David was hardly a soloist in the family of God.

The whole Bible reverberates with the songs of people so enraptured by God’s work that their day-to-day lives gave way to melody. Moses and Miriam harmonized praise after God had led his people out of Egypt (see Exodus 15:1–21). Solomon crooned his way through Song of Songs, celebrating the marriage relationship between a husband and wife. Isaiah offered a prophetic song from the coming choir of the new Jerusalem (see Isaiah 26). Mary, when told that she would give birth to the Son of God, lifted a song to the child’s Father in heaven (see Luke 1:46–55). Paul and Silas shouted their praise, and God split the walls of their cellblock (see Acts 16:25–26). The Bible is full of the songs of God’s people.

What does this Biblical legacy of song say about us? We sing, as Moses, David and Mary sang, because God is worthy of song. When David opened his song (see 2 Samuel 22), the attributes of God came streaming out of the king’s mouth so quickly that he barely formed sentences—my rock, my fortress, my deliverer, my shield, my salvation, my stronghold, my refuge.

Like David, may we be so overcome by the knowledge of God that our natural response is to burst forth in song. May we sing from a heart-knowledge of God—longing after him with our greatest affections and deepest desires.

When in your life have you so keenly sensed God’s presence that you could have burst forth into song?
How would you describe or rate your heart-knowledge of God?
What steps can you take to deepen your delight in the character of God?

This reply was deleted.
Read more…