The courses, training opportunities, and materials, as well as for instructions, are intended for educational purposes. They are neither designed to give legal advice nor take the place of appropriate legal, professional, or medical consultation. As laws vary from State to State and from, Country/Providence to Country /Province, participants are advised to discuss any specific question(s) with the proper authority (ies). The purpose of this information is to equip learners to more fully understand the needs of individuals, and to be able to offer motivational, inspirational, and supportive information.

Your Heart Produces Your Words!Profanity in the Pulpit  I was asked the question by a few of my FBF (Facebook friends) if it was okay to use profanity in the pulpit.  They said many Pastors and Ministers are seemingly using that route now as an attention grabber; and it appears to be acceptable.Well… I always attempt to use the Bible to substantiate any response that I may offer.  So the verse that immediately came to mind was Ephesians 4:29.  In this verse the word corrupt was translated from the Greek word “σαπρός” (sapros).  Profanity could definitely come in alignment with the definition of this word. The Amplified Version states this verse as thus: “Let no foul or polluting language, nor evil word nor unwholesome or worthless talk [ever] come out of your mouth, but only such [speech] as is good and beneficial to the spiritual progress of others, as is fitting to the need and the occasion, that it may be a blessing and give grace (God’s favor) to those who hear it.”  Ephesians…
See More

In This Season We Must“Focus, Fill, & Forget” “…………………….the joy of the Lord is your strength.” Nehemiah 8:10 Today the Lord wants us to know that it doesn’t matter how things may appear, it doesn’t matter the sort of negative or bad news we may get – we must allow the joy that is contained within His Word to be our strength, our support system and our well from which we can draw cool and refreshing water.Many times we have a way of permitting the cares of this world to weigh us down and weaken us.  Most of the diseases and ailments that we are afflicted with today have occurred as the  result of years of worry and stress.  In many instances, we have even inherited genes which were marred because of past generations where stress and worrying were prevalent. However, now the Lord wants us to remember that he has told us to rejoice in Him always – and again, He reminds us to rejoice.  HOW? By allowing our strength to come from the Lord.  HOW? By learning to Focus, Fill and Forget.Focus…
See More

"Bless you and GE Pastor Light, may God cover your children, and grandchildren in Jesus, Ne'Eman" 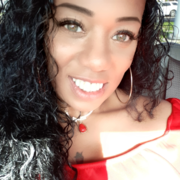 "Right on time word. I declare I will retain what God has and is replenishing. You are right, wealth goes beyond monetary and material possessions. Being Spiritual, Emotional, and Phyiscally Wealthy is important. Listen and heed God instruction. I totally agree with your statement, " begin now to write, amend or develop; (depending upon your individual level of spiritual maturity) an enhanced, strategic maintenance plan". Once I have the plan I must ensure not to become distracted, discouraged, or disobedient but to remain discipline and take dominion over all areas of your life. Thanks Apostle Claudia. "

"Ne'Eman, bless you and GM Pastor Patricia(Host) as it is Desired, so shall it be done, in Jesus. HalleluYAH"

"My God, we celebrate the Renewal of our years in God. We must renew of minds and be in total submissive to God.  And once we hear his true voice we will understand everything there is we need to know. That's why he is teaching us all of this stuff now, so when we hear his voice it won't be no shock to us. God is tell us all of this stuff that has been hidden from us for years that we really are supposed to be celebrating. My God so thank you Apostle Claudia for this wonderful teaching. " 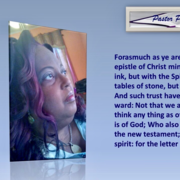 "Praise God, we stand in agreement for this prayer, knowing that all of the prayers is answered already. HalleluYAH! Thank You God, for it all. Ne'Eman!!!"

God is Replenishing… Will You Retain?Read - Deuteronomy 28:1-14 As the Lord begins to restore you to your wealthy place it is imperative that you have already made the proper preparations to maintain the same.  Planning, discipline and an open ear are a few of the essential tools that must be implemented.(As a reminder, wealth is not limited to monetary increase or the gain of possessions in the physical realm.  We’ll discuss the subject of wealth at a late time.)                                                             L'shanah tovah! (Happy New Year - 5780)As we are approaching the beginning of Rosh Hashanah – which is the celebration of the Jewish New Year what time could be more appropriate then to begin now to write, amend or develop; (depending upon your individual level of spiritual maturity) an enhanced, strategic maintenance plan.  This plan must incorporate the well-defined vision that the Lord has given to you concerning your destiny.   Your plans must satisfy the…
See More 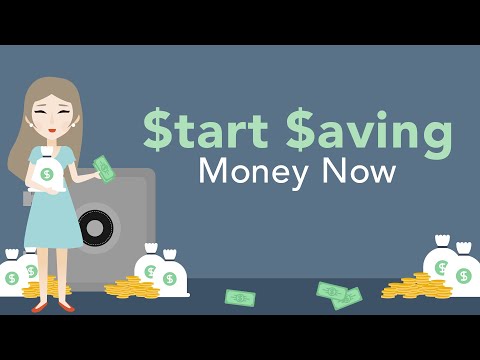 When finances are tight, stretching your budget further to save money can sometimes feel like a real challenge. If you are abiding by a strict budget, this will help you
See More Did You Know… You’re On“The Hit List”? “In addition to all this, take up the shield of faith, with which you can extinguish all the flaming arrows of the evil one”.    Ephesians 6:16   As I was glancing through an Ebony Magazine, there was a page entitled “Hit List”.  To summarize, this page included items that were considered “must haves” for the season.Well, as usual – I began to relate that concept to the realm of the spirit.  I wondered, “What would be considered the “must haves” to be on the “Hit List” of our adversary”?  So below I’ve listed the top five requirements that I feel are compulsory.The acceptance of Christ as your Saviour. One of the reasons that the enemy is able to gain an upper hand is that we fail to realize when the warfare begins.  As soon as we make an outward declaration to take a stand for Christ - immediately we are thrust into an intense battle ground.  We have made the decision to leave the family of darkness and become a member of the family of light….…
See More

A Prayer For Breakthrough“Breakthrough Oh Lord, so that I may break forth”“Yahweh Perazim ”(The Lord of Breakthrough –II Samu)el 5:20So David went to Baal Perazim, and there he defeated them. He said, "As waters break out, the LORD has broken out against my enemies before me……………… (II Samuel 5:20) PRAYER FOR BREAKTHROUGH©As we enter a new season, Lord I ask you to permit the power of the Holy Ghost to “breakthrough” and to break up any type of residue that is still attempting to linger in my spirit; any lingering mindset that will prevent your power from having its full range in my spirit. Yahweh Perazim, I summit my will to you now, and request that you break through it.  Burst forth as the waters through an overly stretched dam.  Break forth with your explosive, uncontainable power. As you broke through and rescued David from his enemies, breakthrough the plans and devices that my enemy, the master deceiver, has concocted for my demise and destruction.   Break through every shackle…
See More

"Blessings and GE Apostle Trina, how are you doing on this Triumph day? Thank you, for this on time word. Love you, and may you have a Tremendously Blessed night 🌙 on Purpose, Agape 😇💖💕😊💓💗💞💚💌❤💛💛"

I Am A Ruby Florida Biblical Expressions Bible Study

of 16 Next
This reply was deleted.
E-mail me when people leave their comments –
Follow
I Am A Ruby Network is a Nonprofit 501c3 Transforming community that equips and empowers Men and Women in their Purpose, Dreams, and Destiny.